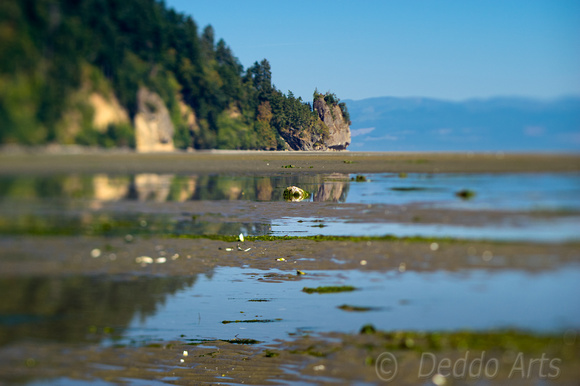 Clallam Bay on the north coast of Washington, August 2016
On an exploration drive along the northern coast of the Olympic Peninsula, we stopped by Clallam Bay during an extremely low tide. As we picked our way over land that is normally covered by the Salish Sea, we heard the sound of tiny jets of water. Pausing, we discovered that the jets of water were caused by clams, buried just beneath the surface, spitting water as we passed by.
© Deddo Arts
Powered by ZENFOLIO User Agreement
Cancel
Continue